I’m pretty sure that I had a whole post written, in my head at least, to go alongside these hot cross buns but now it’s Tuesday afternoon and I’m sitting on the balcony of out hotel room in La Jolla in the afternoon sun and I can’t really think of anything that I want to say.

So, if it’s okay with you, I’ll just leave you with some pictures and get back to my book… 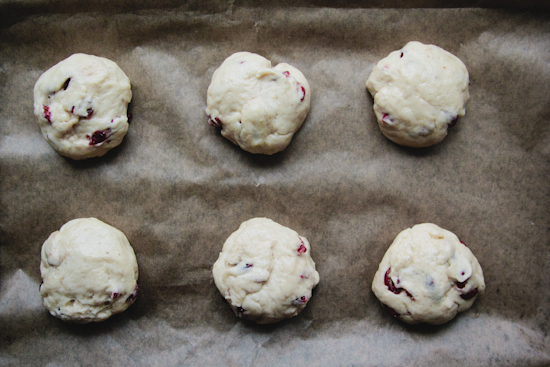 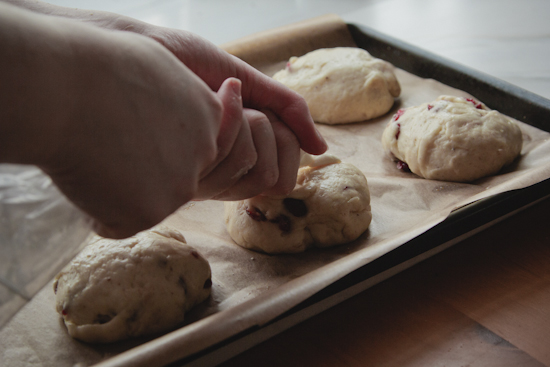 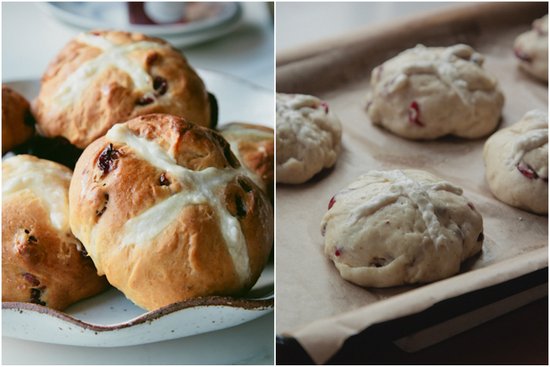 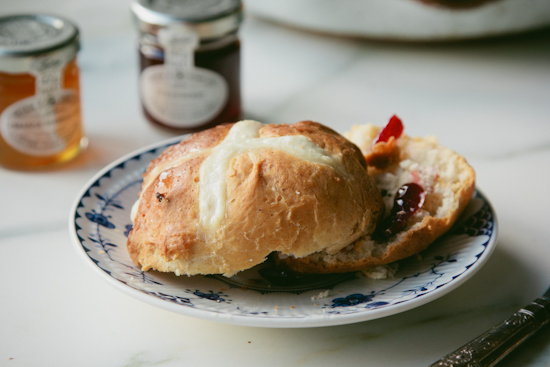 Adapted from a Paul Hollywood recipe

As you may be able to tell from the pictures, I actually made a half batch of these for the photographs because nobody needs 12 hot cross buns lying around the week before they go on holiday. Making half a batch involves separating an egg in half which I normally do by beating the egg and then weighing it. I used the other half of the egg to make another small batch of flourless hazelnut butter cookies. I am nothing if not resourceful. This recipe is a bit of a faff (although very easy) as the dough requires three separate rises. I think it’s worth the hassle personally.

Heat the milk in a pan over a low heat until it is just about to boil, stirring to prevent any scorching. Add the butter and stir until it has all melted and leave to cool until it is warm (the same temperature as your hand ie the temperature at which yeast is activated).
Meanwhile, put the flour, salt, sugar, and yeast in the bowl of your stand mixer with the dough hook attached. Make a well in the middle and add the warm milk/butter and then the egg. Bring everything together with a wooden spoon and then knead the mixture on a low setting for about 5 minutes until smooth and elastic.
Cover the ball of dough loosely with an oiled piece of cling film. Set aside in a warm place for an hour or so until it has doubled in size.
When it has risen, put the bowl back on your stand mixer. Add the cranberries and spices and knead again for a couple of minutes until combined. Re-cover with cling film and allow to rise again for an hour or so until doubled in size.
Divide the dough into equal pieces weighing 75g (3oz). I usually get between 12 and 14 from the mixture.
Place the balls of dough on a baking tray lined with parchment leaving room for them to expand cover, again, with a piece of oiled cling film. Let them rise again for an hour until they have, you’ve guessed it, doubled in size.
Finally, you’re ready to bake! Heat the oven to 200C/375F (fan). Mix the flour with 2 or 3 tablespoons of water until you have a smooth paste and pipe the crosses onto the buns.
Bake for 20 – 25 minutes until golden brown.
While they are cooking, melt the sugar in 2 tablespoons of water. When the hot cross buns are cooked, take them out the oven and brush with the syrup so that they look all shiny and appetising.